This episode began with plans to expand to the Cola industry. It suddenly became the Grand Finale.

Lessons learned before the Grand Finale

You don’t have to pay your bank loans, in a game like a goal-oriented, having loans does not make a difference. The goal was to have a debt to equity ratio but that was not too hard especially after massive expansion. It is also noteworthy that big corporations also have loans and that is part of the game they play to grow. You need money to make money. However, if you want to simulate a very real scenario, try playing without loans, would you take this much loan if it was you in real life? I don’t know about you but I wouldn’t. Just paying $5m interest per month hurts but that also has helped me grow to where I am. Interesting conversation.

2. Keep an eye on Supply and Demand

Having an entire supply chain comes with its own challenges. Your store may say lacking supply so you may decide to increase production. But before making haste decisions, especially when every $ counts, analyze from the bottom to the top. Begin looking at your farms/mines and see where is the missing piece. If you have enough supply of Wheat, you know you are not having problems on the farm. Go on to see the next stage of the process, in my case I had 2 large factories of Flour both with 25% of the demand bar. That is an indication that I don’t need 2 factories as 1 should be enough. That also meant I no longer needed a warehouse to sell Flour and thus the expenses of freight and warehouses now became my profit. It is important to note, I decided to close down a large part of my bread business, I was doing good sales which almost came down by a lot. One of the reasons was that I was only producing Bread back then, so I was selling Bread in 4 slots which were giving me profits as you can see when I showed my products screen once, but I now had new products and I wanted to use the same stores to sell. So I decided to shut down my stores thus decreasing my sales and ultimately closing down a few of my factories to focus on my furniture and leather products and I believe that was worth it.

Corporate branding turned out to be very bad for loyalty as I expanded into several ranges. I opted to change to Range branding towards the end and that helped to start fresh and for each range. Not sure why loyalty was down but I think it was due to corporate branding.

At some point, you will need to have many stores to sell to capture the entire market share. You will get your profit from your mine/farm and factory but incurring a loss in retail will be part of the trade. Look at your products and see how your profit is and you may see that even though your retail stores are at a loss overall you are still winning.

What should I do next? Attempt the Food and Beverage Scenario again or go for the next scenario?

Also See: Mistakes to avoid in the Food and Beverage Scenario 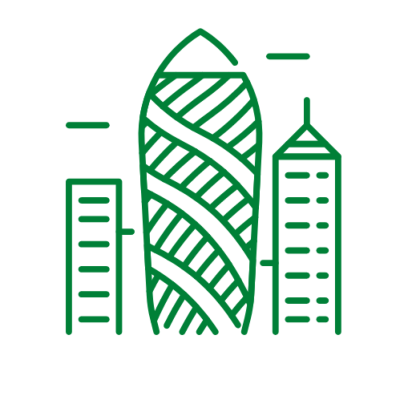